The Wonderful World of GWAR Characters

Gwar mythology stretches the cosmos in a way which is both absurd, disturbing, and downright rock n roll. Gwar characters transcend the normal. It is satire. It is beauty. It is art. It is a form of rock n roll that we live for. Here are the best of the Gwar:

Originally a pal of Oderus Urungus, recent iterations of Beefcake have seen him grow more egotistical and objectionable. Currently Beefcake is portrayed by Jamison Land (former guitarist from The Burial).

Jizmak da Gusha – Of the remaining Gwar Characters, few shine brighter than Jizmak da Gusha. One of the only members of the band not to sport full body armor, Jizmak plays drums with a simple mask that usually resembles a werewolf or rabid dog. Another aspect that makes Jizmak unique is the fact that he’s the only gwar character to be played by the same musician since the inception of the band: Brad Roberts.

Sporting a Schecter Guitar, he likes to slay with a loin cloth and a Viking helmet made for the gods. He was a part of the Gwar mythology in that he once had a british accent but does not anymore.

Blothar – One of the newest to join the Gwar cast of characters is Blothar, a humanoid with roman/centurion qualities.

Using a wooden sword and shield, Blothar is known for spraying all kinds of fluids onto the crowd via an utter system that is not for the faint of heart. Other notables about Blothar is the fact that he has antlers and a pelt of fur.

Oderus Urungus – The glue that held Gwar together. Oderus Urungus was a true cosmic trailblazer who burned brightly from the very beginning of Gwar’s inception.

It was the best of times when Oderus and his cuttlefish loincloth took the stage and shredded the conceptions of rock n roll doubt. 1984 was his introduction. And 2014 was his departure date when David Brockie was found dead of a heroin overdose. It was a sad day for Gwar and the human species when we lost him.

Pustulus Maximus – A newcomer to the galactic scene, Pustulus is the cousin of Scumdog Flattus and a believer in the world of Gwar. He’s a rocker without socks and it’s clear that he will be around the family for a long time. He’s got a sabretooth skull and some weird wings that will lift him to the heavens of nasty goodness.

Flattus Maximus – Shoulder pads of mammoth proportions guide Flattus Maximus’ as he boasts a sword of truth and a guitar of flatulence. He’s been portrayed by five people since 2011 including Dewey Rowell, Pete Lee, Tim Hariss, Zach Blair, and Cory Smoot. Smoot was the last member to play Flattus and left this earth in 2011, retiring the character with it.

2010 was the last time that Sleazy graced the stage, but his memory will live on. While his role was played by a few touring musicians his legacy will continue to inspire GWARheads around the world.

Bonesnapper – A cave troll that has too much time and not enough manners. He lives on Scumdog slave planet and commands a slave ship. He’s a tough cookie.

He didn’t join the band until the late 2000s and has been relatively quiet recently. Word is that he’s just saving up the bones of his innocent victims so that he can build a tower to the moons of Gorgoron.

Slymenstra Hymen – The artsy one of Gwar, Slymenstra was known as a fire dancer and one of the only females involved in the collective. Her background singing added a new element that was important to the band. Now she’s taken her persona to the circus scene where she entertains thousands every single year. Her eccentric attitude and lively persona take Gwar to a whole new level.

The Turbulence of Gwar and Its Characters

Gwar lost a shining star three years ago when Oderus Urungus passed away. An official source of death has not yet been determined, foul play has not yet been suspected. The reason for death was finally uncovered, in the event you wanted gritty specifics about his passing. Humans suck for all sorts of explanations. He was capable of fantastic empathy and had a true awareness of justice. None of the Gwar characters come close to matching his love for life or music.

Everybody is well attentive to the chaos that happens at a Gwar show. There’s that struggle which goes on. Part of it’s school spirit. It was not a touching tribute. He remains the band’s present rythm guitarist. However, it’s a difficult band to be in. It is a lot simpler to pretend that you’re a band and a whole lot harder to be a good one.

Pick up the most recent Gwar album from a local record shop today! There definitely looks like a feeling of relief that this doesn’t suck. So I’m trying to stop smoking at this time.” And, since Cantrell sees it, it has to get the job done. It’s named Orgasmageddon and will be published by Dynamite. Good to speak for you, speak to GWAR.

Why Gwar Characters Supersede the Status of Legendary

Besides the loss of Flattus Maximus, you’ve had a great deal of member changes over time. A big shift in the audio industry had become the induction of video clips in the 80s. As we’re closing to the end, I want to ask you a couple things more.

Folks become smashed daily in automobile accidents and nobody cares. I find myself within this moment, sucked out of my world before, and I recognize GWAR characters immediately. So, at the exact same time that we’re attempting to destroy you, we’re also attempting to entertain you.

Things are very melty up here. In short, they felt impossible. Guess it’s just intended to be. That’s among the reasons people should emerge and see it. Yeah, there are tons of those. Yeah, you are able to but you must take of yourself. You know it turned out to be a tough action to do.

Some might be brand new items which are waiting for our very first shipment. We don’t visit the Rubber Monster shop and buy them. Gwar characters are not child friendly, but many still decide to buy the action figures for their kids. We didn’t put all of them out either, they aren’t even all official, thus we don’t even have complete control over that which we do, folks put videos out all the fucking moment. It basically is a word which doesn’t have any meaning, it is a sound.

Which GWAR Character are you?

Dave was a pure leader. ‘I really wished to comprehend why,’ Willis told CBS 6. This moment, they recruited Glen Robinson to create the album. You didn’t need to move to New York to begin a band. The intellectual capitol has to be protected.” We literally reside in a GWAR shrine. 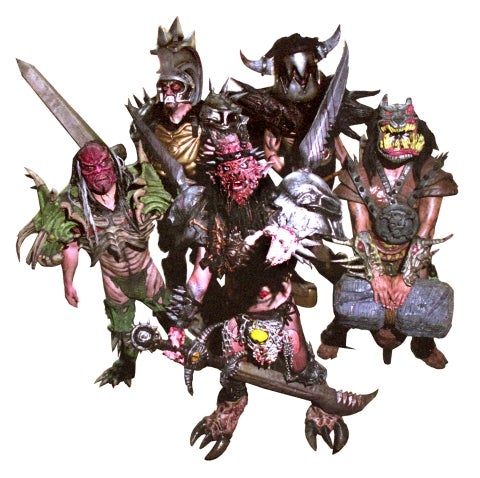 Rest assured GWAR hasn’t been tamed. Nonetheless, it seems now that GWAR are likely to see what they are able to do without him. GWAR have survived several personnel changes over time, an expected problem which has been mitigated by how the band’s characters” never change, only the musicians playing them. The shock-metal band GWAR is not appropriate for everybody.

You Gwar What You Eat!

You can create suits that Robo-Cop has!” In regards to intricate costumes, nobody comes close to GWAR characters costumes. We’ve got a Princess Diana doll, states Brockie. It is most likely the magnitude of a medium airplane hanger, or perhaps a little airport.

Gwar characters are treated differently based on what precisely the lyrics convey. Making comics with my favorite band is similar to a dream. Although I like a few of the movies you make, a number of the metallic bands are pretty good too.

Within the building, it is a different story. I truly hate everyone. There’s also two or three twin pioneer kids that are cool and speak to an aged black goat. I don’t require a lot of goddamned museum bullshit!’

Money helps a good deal,” says Chuck. It’s possible for you to visit it here, and perhaps you can create a donation too. You watch any big media event and it is a pageant,” Cantrell states. A couple of years later they were married……oh wait that previous part isn’t quite perfect.